Automatic couplings (AC) are used in rail freight transport all over the world – with the exception of Europe (cf. Figure 1). Europe is the only continent not to have managed to introduce automatic coupling over the last few decades. In the USA, Janney couplings have been in use since 1893. In the former Soviet Union, SA3 couplings were rolled out between 1935 and 1957. In various countries, a combination of AC and screw couplings are used (e.g. Finland). There were failed attempts to introduce AC in Europe in the 1960s/70s and also in the 1990s.1 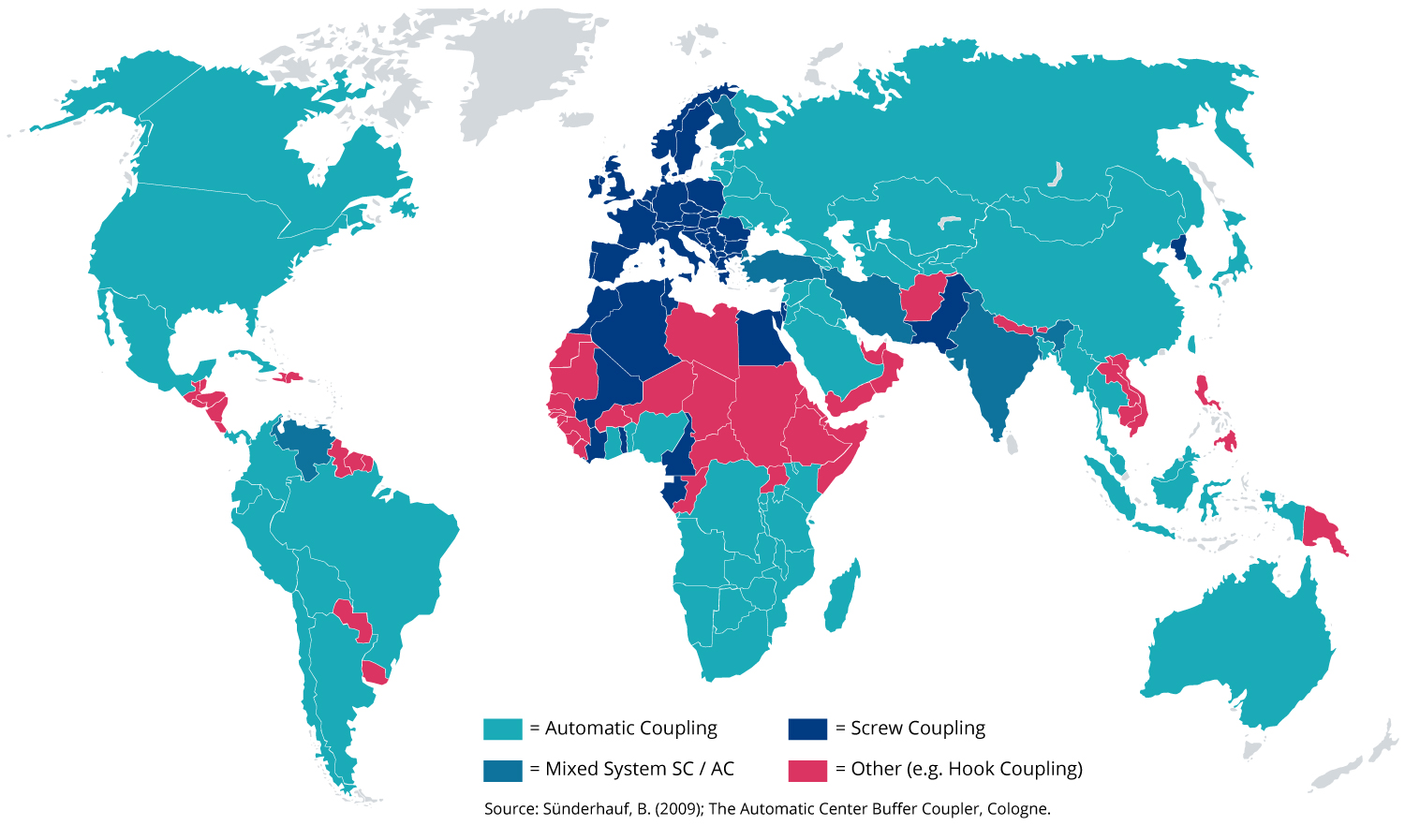 Automatic coupling systems were introduced at the beginning of the 20th century to increase occupational safety and reduce shunting accidents, in particular (e.g. in the USA). In the mid-20th century, just when the first attempts were being made in Europe to migrate to AC, the focus was on increasing productivity during the coupling procedure. However, the technology available at that time only allowed for the automation of the coupling process. Additional work steps that needed to be performed by marshalling staff prior to a train’s departure could not be optimised. Ultimately, it was financial reasons that prevented AC from being introduced. In the 21st century, digital automatic coupling is considered a key component in the digitalisation and automation of rail freight transport.

From screw coupling to DAC 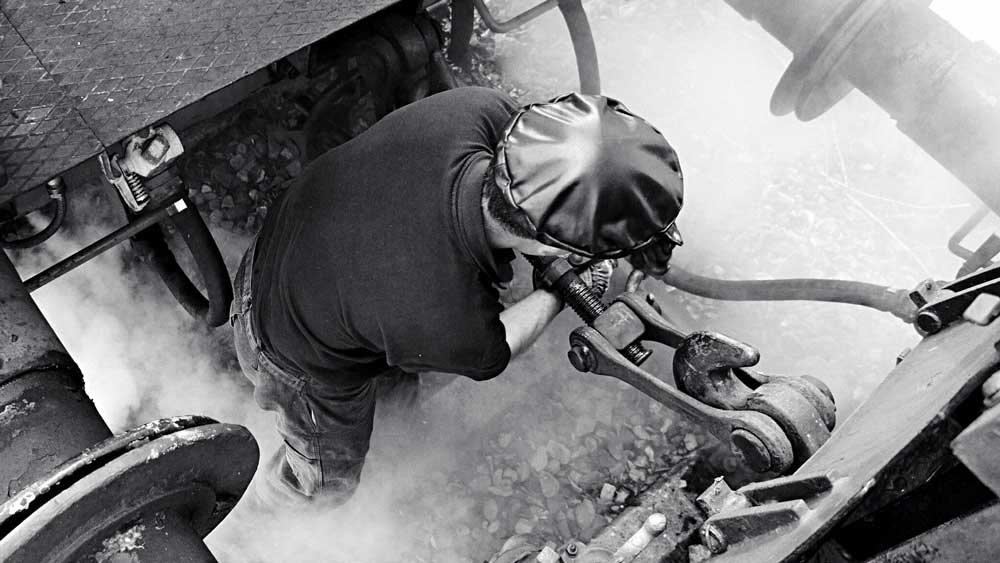 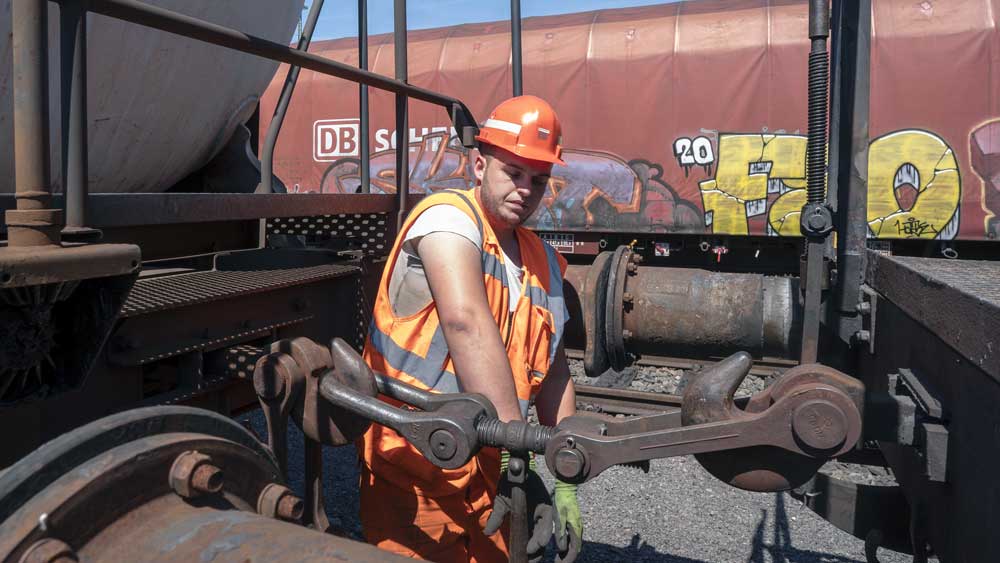 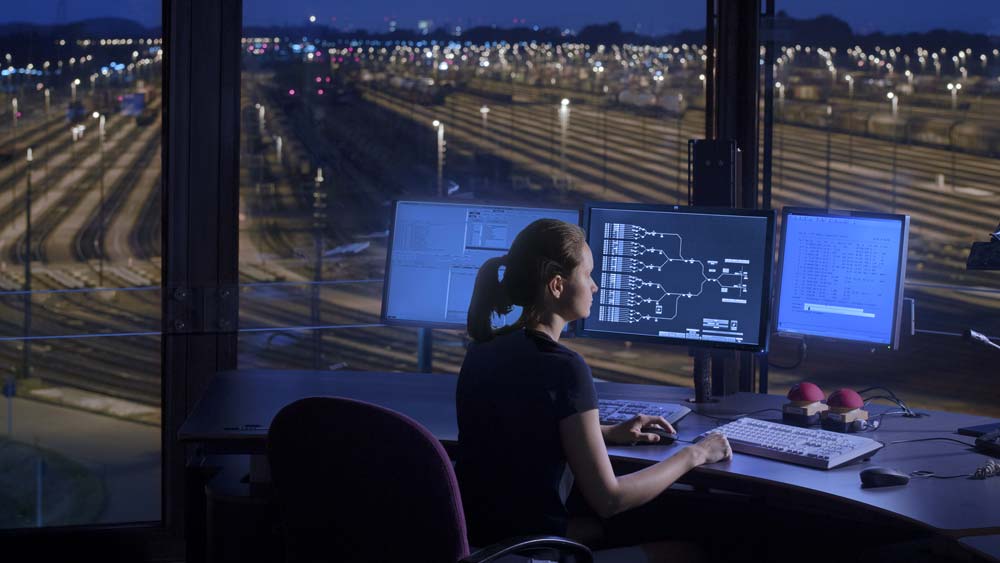 As the digitalisation and automation of rail operations increase, many applications are being developed which will significantly boost the attractiveness and productivity of rail freight transport. For this, the following prerequisites have to be met:

Source: BMDV, ‘Development of a concept for the EU-wide migration to a digital automatic coupling system (DAC) for rail freight transportation’, 2020, correct as at: 27 November 2020.

Whereas the Type 1 AC systems used in most countries around the world only connect mechanically, Type 5 DAC for example can be decoupled remotely in addition to the automatic connection of air, power and data lines. It thus offers the greatest added value for the comprehensive digitalisation and automation of RFT in Europe. There is, however, a huge leap from a screw coupling system to Type 5 DAC – technically, operationally and financially.

Therefore, there is broad consensus within the RFT sector that a migration to Type 4 DAC should be pursued first. It must, however, be ensured that this is upward compatible with and upgradeable to Type 5 DAC.

Not only will the introduction of DAC be of benefit to railway undertakings – it will also offer added value to various stakeholders, from the railway industry and forwarders to railway infrastructure companies (RIC), wagon keepers, the policymakers and society, who will benefit from more competitive rail freight transport in which traffic is shifted from the road to rail.

In Europe, trains are still predominantly coupled and decoupled entirely mechanically with screw couplings and buffers, without power and/or data lines. In the case of a train with 25 wagons, it generally takes approximately 60 minutes merely to walk from wagon to wagon and couple them. The shunter has to walk up and down the train up to three times. With shunting, a brake test and wagon examination, train preparation can go on for two to three hours. It can take even longer if a wagon has to be removed. The manual train preparation procedures have barely changed over the past decades.

DAC will launch RFT into the 21st century. In addition to automatic coupling, the introduction of power and data lines thanks to DAC allows for the automation of rail operation processes such as brake testing as well as for the introduction of electronically controlled braking systems and data communication throughout the train. The time-consuming manual RFT processes are thus entirely automated and a freight train is ready for its scheduled departure in minutes rather than hours.

DAC additionally allows longer and heavier trains to be formed – another crucial step in the direction of greater RFT efficiency and productivity. Electrical energy in the train set allows electro-pneumatic brakes to be used, which allows for higher speeds and shorter stopping distances than with only pneumatic brake control. Power and data lines are also advancing the introduction of sensors on wagons, for example for permanent wagon component and freight monitoring. This allows customers to integrate RFT into digital logistics chains – an attribute which has been called for urgently for some time now.

These are just a few examples of the benefits of DAC. In total, 28 different use cases were identified. Some of these arise simply from the use of automatic coupling irrespective of the level of automation. Other use cases arise from DAC being an enabler of the automation of rail freight transport. There is additional potential in the areas of occupational safety, employee recruitment, energy conservation and the tapping of new market segments.

Automation, DAC as an enabler

DAC Type 4 couplings made by four manufacturers are currently being tested in the DAC test.

CAF Construcciones y Auxiliar Ferrocarriles is a Spanish supplier of equipment and components for train systems. CAF is currently developing a DAC Type 4 based on an SA3 coupling as part of the Shift2Rail project. Before development began, a variety of couplings were evaluated to determine their suitability for use in rail freight transport. CAF selected an SA3 coupling head as the basis for its development project for three reasons: the SA3’s simple design, decades of operating experience with SA3 couplings in rail freight transport and the cost advantages estimated by CAF compared to other types of couplings. The first prototypes for test purposes were supplied to the DAC4EU project sponsors in autumn 2020. 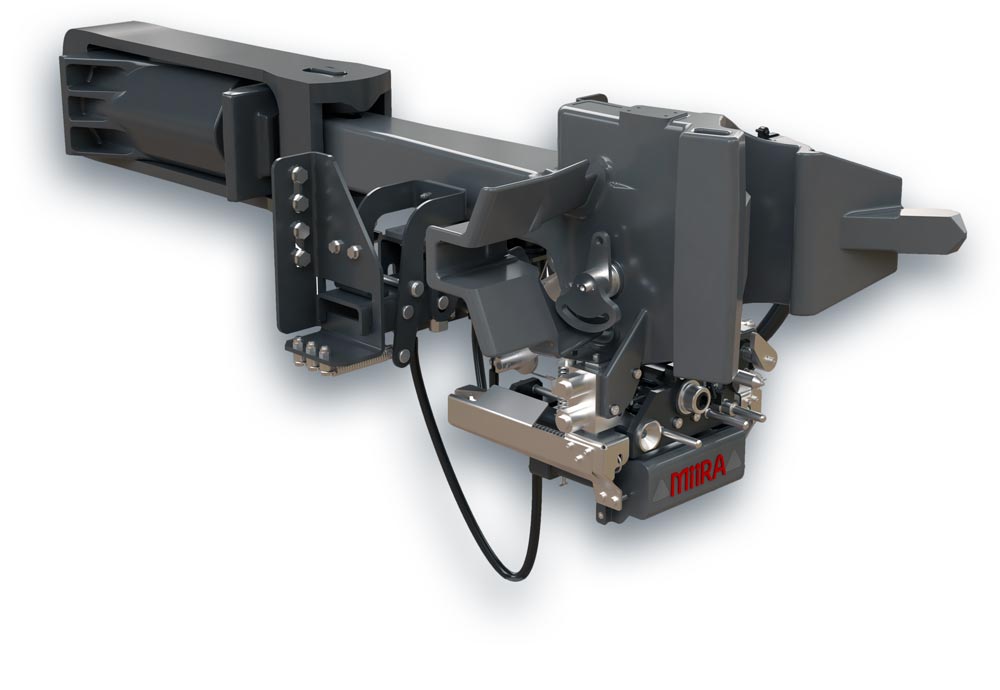 Dellner is a Swedish coupling manufacturer based in Vika that operates worldwide. With 1,000 employees at 22 production, assembly and distribution sites around the world, Dellner is a leading system integrator at the interface between rolling stock and the traction vehicle. Its core product groups are fully automatic couplings, gangway systems, dampers and the service segment. Dellner is also developing prototypes of a DAC Type 4 and is participating in the DAC tests currently being conducted in Germany. Dellner, however, is basing its DAC on the latch-type design, the company-neutral term for the Scharfenberg design. 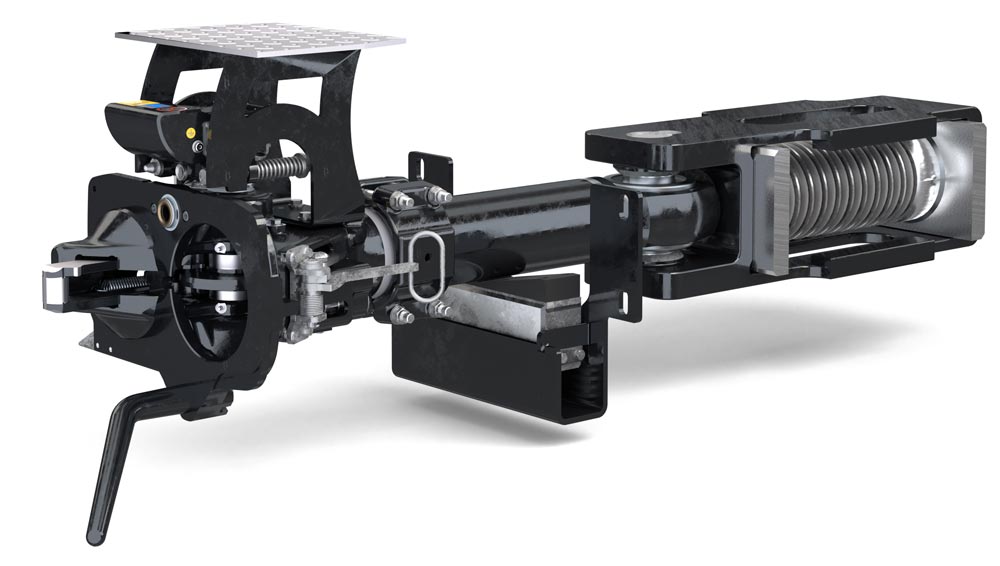 J.M. Voith SE & Co. KG is a German supplier of coupling systems based in Salzgitter. Voith is also developing a DAC Type 4 Scharfenberg coupling for the DAC4EU tests. Voith has already tested an AC Type 2 using the Scharfenberg design at SBB Cargo and put it into series operation. Voith has also provided Scharfenberg couplings for the demonstrator train as part of the BMDV’s “Construction and Testing of Innovative Freight Wagons” research project. 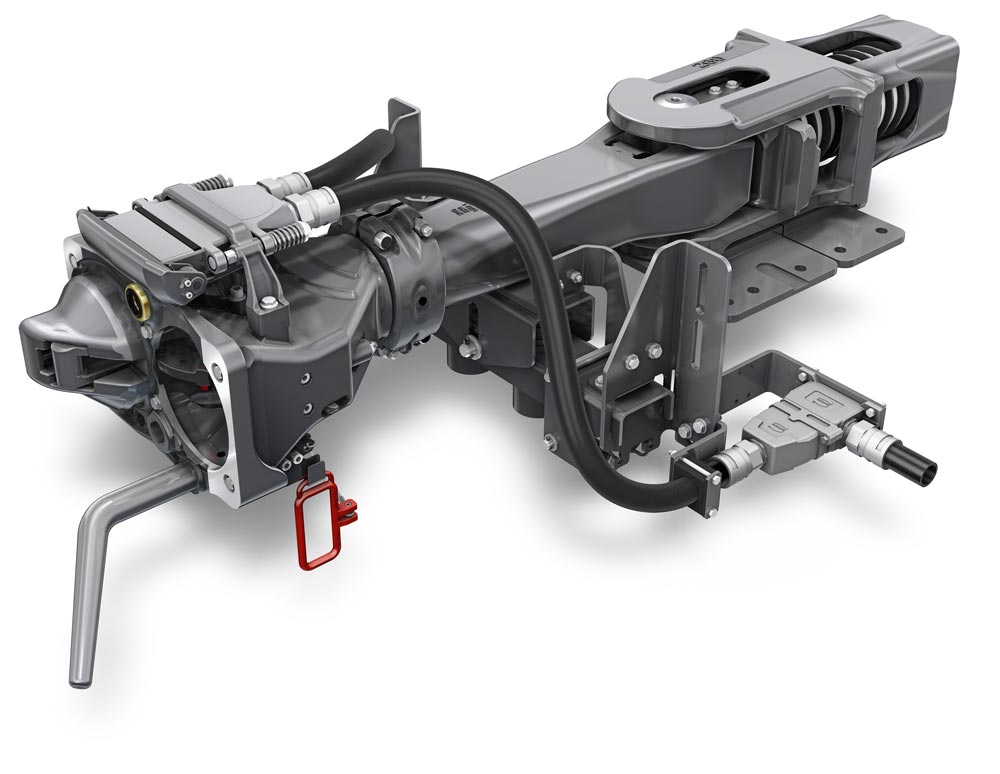 Faiveley Transport, based in Gennevilliers near Paris, France, is a Wabtec Corporation company, and operates internationally as a manufacturer of rolling stock and components. Faiveley Transport is also developing DAC Type 4 prototypes, but is basing its design on the Schwab coupling head, which is less widely used than the Scharfenberg coupling or the SA3 coupler. Schwab couplings are mainly used in rail passenger transport in Switzerland. Like Voith, Faiveley Transport has participated in both SBB Cargo’s 5L demonstrator train in Switzerland and the German research project “Innovative Freight Wagon” by providing an AC Type 2. 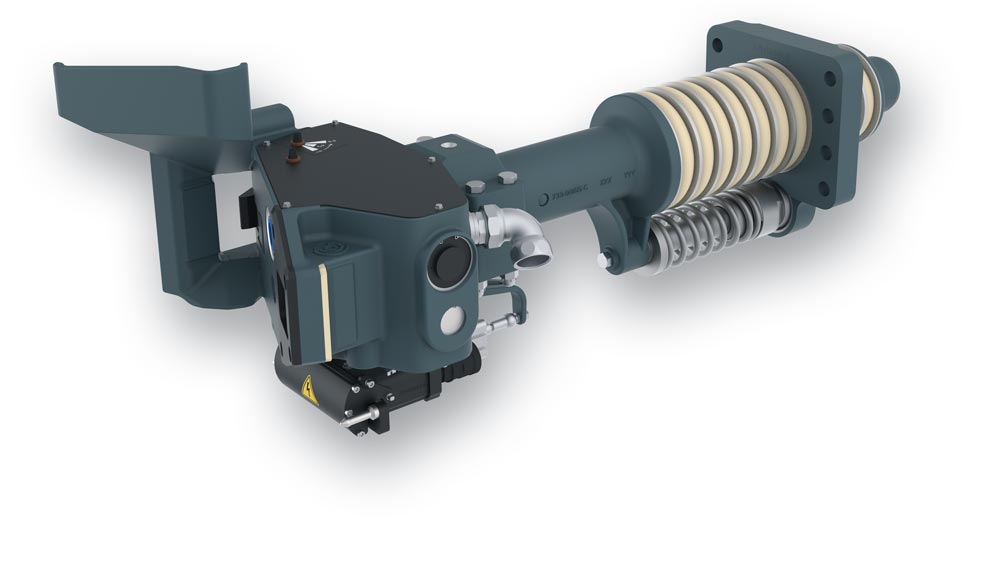